Pandemic has delayed couple of big budget movie project, we have also been waiting for the movies to come on the big screen, in the meanwhile a few movies have ruled the OTT platform and it is expected that OTT’s will be giving an equal competition to the big screen in coming days.

Not only full length movies, short films and documentaries have also ruled the OTT platforms and big players like Netflix, Disney+ Hotstar, Amazon Prime Videos etc have started considering them in their platforms.

An upcoming multi lingual (Hindi and English) short film made in Assam, “Sorry” directed by Mirza Arif Hazarika, story by Jyotsna Neog and produced by Monika Khullar has already grabbed eyes of the audience by getting five nominations as finalist in international film festivals and winning two awards among those.  Actor Ravi Sarma and Barsha Rani Bishaya from the Assamese film industry acted for the first time together in a Hindi short film which is worth watching and wondering how a simple word “Sorry” could make huge difference in our lives.

The Business Daily had the opportunity to have a chit chat with Ravi Sarma, here is the full interview 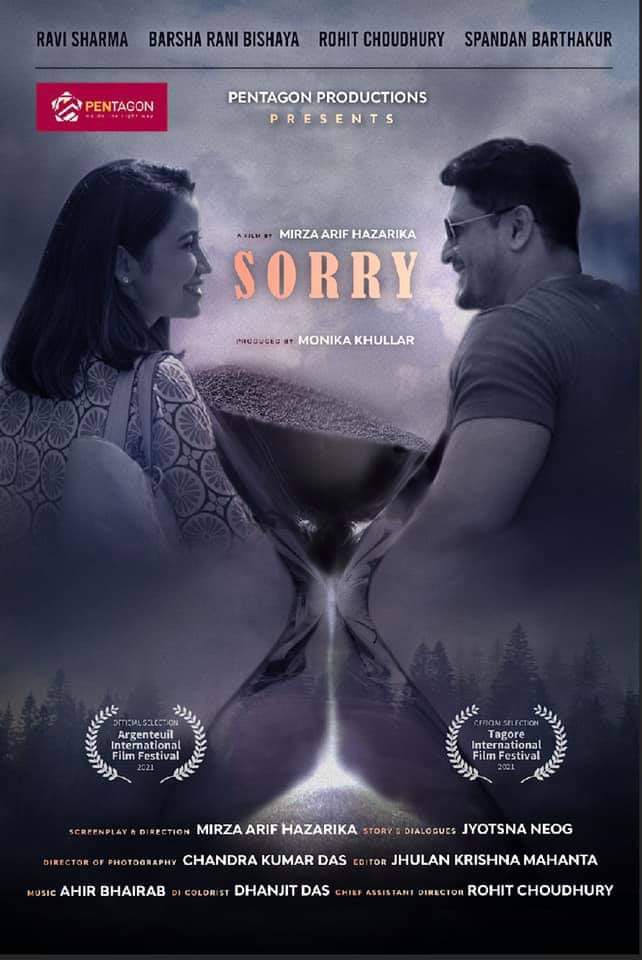 Priyanka: We all know you as a romantic action hero of Assamese film industry, while SORRY’s plot and your character both was way different than your previous art of works so far. How would you define this role and how did you prepare yourself for it?

Ravi Sarma: People have started defining me as an actor from the romantic and action genre but I consider myself to be an actor so during a character of this sort would not be a problem for an actor, that was pretty normal for me and I loved the character basically.

Priyanka: How would you differentiate working in an Assamese full length movie and a multi lingual short film?

Ravi Sarma: Of course the language part is different but rest we all work everywhere and I already have hold over all the three languages, I didn’t have much difficulty while performing and Assamese movie is my mother tongue it happens quite naturally so it’s not much difficult.

Priyanka: The story and the dialogues were very unique, crafted by a debut writer, Jyotsna Neog. The script was in Hindi and English which was probably a new style of work that you did on screen, were there any challenges for you individually or while performing with your co actor?

Ravi Sarma: My co- star was very comfortable, Barsha Rani has always been pleasure to work with, we have done a lot of movies together, a lot of projects together, we share a good chemistry so the actress part was not at all difficult, and rather it was a very easy one. And regarding Jyostna’s writing it was pretty good and phrases were pretty nice and language was not barrier at all. So I was pretty comfortable with the character. And the kind of briefing that I have got regarding the character, the whole thing became very easy for me. 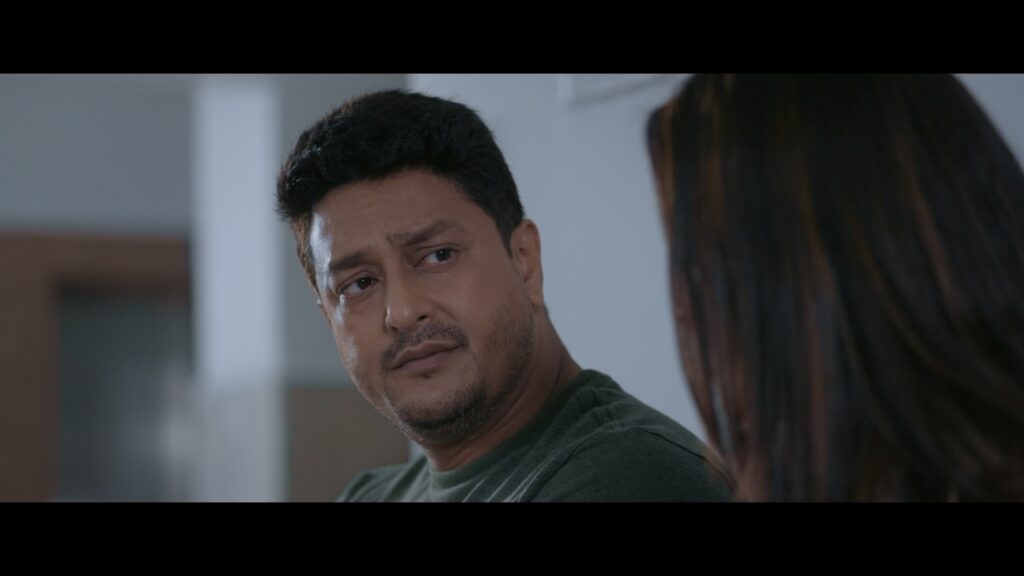 Priyanka: This was your first film with Mirza Arif Hazarika, how was your experience with him?

Ravi Sarma: It was beautiful working with him, because I have already seen his movie a few years ago, and he has done a fantastic job, and his language is pretty good as a director, he knows how to tell a story and these two characters that we played, Barsha and me, he told this two characters are very close to his heart. He made us understand the characters pretty well, we had few sittings before we started shooting, so I loved his work he has done justice to the kind of work we did.

Priyanka: “Sorry” has already won two awards in international platforms, how do you feel about it?

Ravi Sarma: Awards are basically bonuses, we don’t work for awards, and we work for good projects good concepts, and I always have been saying the products or the creation we do are basically milestones of our lives, so it was another milestone. It’s a good job done, and the glories came and I was pretty happy.

Priyanka: How did you find the director and script writer of Sorry? Do you have any message or good wishes for them?

Priyanka: Lastly what would you like give any message to our loving audience of Assam and Northeast?

Ravi Sarma: Yes, that something I always tell them, our industry is probably the fourth oldest industry, we have completed 80+ years but we still have a long way to go and due to certain reasons we are still way behind, so I think it’s the responsibilities of the makers to make some fantastic projects, create beautiful movies and also the responsibilities of the people to come and watch the products that are made.

Articles Letters to the editor

Union Budget 2022-23: an opportunity for decisive transformation and win back India’s farmer

Agriculture continues to be a dominating employment generating sector and contributes a significant proportion to the country’s GDP. Even in the unfortunate pandemic, the sector … Read more